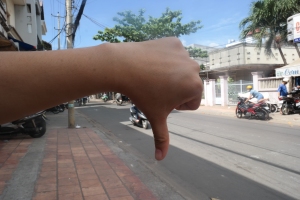 If you do an internet search on “companies that failed in China” what you will get is a long list of Western companies with a range of opinions as to the reasons behind their respective failures.

Sooner or later, many articles contain one of the following sentences:

“…failed to understand the local culture”

“…failed to understand the cultural differences”

In his Global Post article Why big American businesses fail in China Benjamin Carlson provides an account of Home Depot’s apparently doomed foray into China.  The article commences with some background:

America’s suburbs are full of tinkerers and home-improvement hobbyists, and Home Depot exists to serve them. With aisles upon aisles of power tools, building materials, and hardware supplies, its big-box stores are a testimony to US homeowners’ do-it-yourself ethic… On the surface, it seems like things might be similar in China. The country has a growing middle class, millions of new homeowners, and a culture of everyday ingenuity and thrift.

Wouldn’t Home Depot do perfectly there?  That’s what the company thought when it bought into China in 2006. The Atlanta-based firm acquired a local firm, stocked its 12 stores with tools and materials, and waited for the money to roll in.  It never did.

The article then suggests how Home Depot’s misunderstandings of local culture was a major factor contributing to their venture’s demise, and provides examples that include;

Misunderstanding ‘the nature of China’s housing market. Many people buy homes for investment and speculation, not to improve.’

Misunderstanding how, ‘Chinese consumers don’t like big, boxy warehouses far away from a city center’.

Home Depot, Barbie, Best Buy — they came and tried to sell the American vision, thinking people wanted to buy that…  That’s not what Chinese want to buy[3]

The article then continues, analysing in much the same way, the similar poor results that Google, Mattel and eBay obtained from their forays into China.

For various reasons, it could be said that the would-be-customers of these companies just didn’t seem that into these brands or what they had to offer.

The concept of culture that I prefer to use is quite broad;But the reasons why many companies fail in foreign markets runs deeper than a failure to understand the culture or cultural differences – the problem is often a failure to connect at any cultural level at all with the intended market.

culture is what people do every day.

It’s also important for businesses seeking to do business in China to know that it is a large country with many regional differences.  As a senior executive recently remarked to me, it is a “mistake” to view “China as a single , homogeneous market”.

If you want success in a foreign market, anywhere, you need to connect with people on a cultural level, in a manner that fits with their everyday lives.  League Cultural Diplomacy, can help you achieve this through corporate cultural diplomacy.

Endnotes and sources are listed on the next page.